Before it is Too Late

Rest your weary arm,
the machine will wait awhile;
think past yourself,
to your children,
and the way you leave them.
Indulge not in worldly delight,
but lay your soul bare
to reason, exposed to doubt,
free from the night,
clothed in sunlight

See the world
through youthful eyes,
with hope and wonder,
where choice still exists.
Open the door for better-
leave them with something
more than your sentence;
a slave to desire,
forever hunting,
restless in wanting

Your weathered body,
your tortured mind,
are relics of a society
determined by this moment.
Prepare for their future,
for their future is near;
do not condemn them
to your life
living without cheer,
dying of fear

Give them wisdom
of your mistakes.
Whether they take it
is not your concern,
only that your faults
survive to inspire
a new generation
evaluating how you
chased shades of desire,
changed shapes of an empire

a prompt from Robert Lee Brewer's Poem-A-Day challenge. had to write a glosa which is 4 ten-line stanzas, lines 6,9,10 rhyming, and each ending with a consecutive line from a four-line poem [excerpt]. was difficult and took a while, but happy with the result.

‘Clothed in sunlight
restless in wanting
dying of fear

Changed shapes of an empire’

from “Lamerica” by Jim Morrison

Not sure I could give one specific reason why I have been absent for so long; maybe I needed to stay in my head and focus on other things for a while.

My post a few days ago was more convenience than intention; needed to post that poem somewhere. Not sure that I planned to resume this blog just yet, though I had thought about it recently.

I have been writing after a short time away, putting a pen to paper one day with no real plan, just a thought and a beat. I had not felt them same urge to blog until this evening, and mostly because of last night.  Finally made it to an intramural soccer game with fellow CEEP (more on this later)members, known as the Treehuggers. Been a long while since I played and realized after that, though I knew what I was missing, how I valued those things was somewhat lost.

Maybe the same is true for blogging. I will give it an honest effort and see what happens.
Posted by jared davidavich at 9:56 PM No comments:

Wrote this Robert Brewer's Poetic Asides poem a day challenge. Could not post there; glad I still have the blog.

Prompt is to write a poem from the perspective of a soldier.

The War changed me;
It changed us all.
I left to fight a foreign monster,
But we were commended
For defeating a national depression
Long after or return.
As we prepared for the trenches
Of Korea and Nam
(Conveniently in the trough),
The same hopes hung
On the thousands of waving hands;
The same hands that bought
Into this mess, but not into the War,
That bought and sold the guns,
But never had to fire a shot.
And on or return,
There were no galas,
No parades for our sacrifice
During these conflicts-
It cost too much.
Posted by jared davidavich at 8:11 AM No comments:

thumbs in the animal kingdom

i wonder which animal would most benefit from opposable thumbs. i got lost thinking about all animals, so i narrowed it down to animals with four legs (because animals with six are set, and usually have wings as well, and eight-legged animals creep me out).

my dog was lying next to me on the floor, so i thought, 'why not dogs?' but then he started licking himself, and i thought, 'nah...he's good.' bigt cats seem to get along well enough without them (leopards can carry twice their body weight into a tree with their mouth); house cats are devious enough without them. most animals that spend some time on two legs (like kangaroos) have semi-opposable thumbs. primates have opposable thumbs on hands and feet. alligators and bears are scary enough, and at the top of the food chain. penguins' only real danger is in the water, where thumbs don't do much good. most reptiles can carry/climb/hunt/defend with their mouths, poison and hands and feets without opposable thumbs.

the more i think about it, the more i can see most animals not only without benefit, but maybe at a disadvantage if given opposable thumbs. they kind of stick out from the hand like a ...nah, i won't go there. but i jam mine all the time, and get it hung on stuff, and roll on it, and then i'm somewhat incapacitated without it. right now i have a chunk of skin missing from my sprained left thumb (indoor soccer and frisbee), and a cut on my jammed right thumb (dinner and bjj), and that made breakfast difficult to eat this morning. and that's not being clumsy, just athletic (except for the cut, but sometimes my kitchen is a war zone while cooking dinner). and think...a lot of animals that you think might benefit from opposable thumbs are really clumsy. they don't need that extra opportunity for injury in their lives.

what i need to find is a truly pathetic, somewhat helpless, although coordinated enough to handle a semi-vulnerable appendage that can actually benefit from its many gifts without being dependent to the point of total incapacitation if and when the thumb becomes the subject of injury. any suggestions?

i was supposed to sit in on two bjj private lessons this morning, but both cancelled (no one told me until ten minutes until each lesson) and i am stuck without the motivation to get my physical activity in another way. so instead, i'm going to eat a box of cereal. but not just a box of cereal...i will eat the equivalent of one box of cereal (12-16 ounces) of every kind of cereal i have: honey combs, smacks, and fiber one honey clusters, in that order. this would have been more exciting a few days ago before i ran out of multi-grain cheerios and total; maybe next time.
Posted by jared davidavich at 11:15 AM No comments:

i have been hiccupping for four to six hours straight two nights in a row. hiccups are annoying. my throat is tiredsore. now hiccups hurt. lame.
Posted by jared davidavich at 11:07 PM 1 comment: 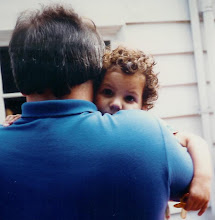